Tj performs as a cabaret magician all over the world, including cruise liners. The Magic Castle is a members club in LA. Magicians from all over the world are invited to perform there. It is a venue dedicated to magic, with several performance areas an extensive library (for members only) and a museum.

I really felt I was getting the hang of being a cabaret magician and comedian back in 2007. At that time, I played the parlour at the Magic Castle for the first time. This is a sixty seater venue, with steep teared seating. You perform three times a night, so twenty one performances in a week.

On the last night I was there I got a few cameras in and recorded a couple of shows. From this we created a show reel and I got work with it on major cruise lines, Monday Night Magic in New York, Jonglers LA and many others. It worked very well for me. It is fifteen years old and the footage is grainy but I’m still very proud of it.

A cabaret magician works very well after close up magic. When the guests have got to know Tj and everyone can have one last bit of fun before he leaves. It also works well in many situations where you want your guests entertained as a group for a short period of time, even weddings.

Thank you for your performance last night you were phenomenal, beyond brilliant.

You completed a lovely evening and it felt more like you were one of the family rather than a hired hand.

As magic is so adaptable a cabaret magician does not need a stage with lighting and sound. Adapting a living room is possible with a small number of guests. When performing for larger corporate events where the numbers are higher we do make a number of requests, this is to make sure the show goes smoothly.

“We were blown away with your amazing tricks and fantastic delivery style. You made the whole party compete.”

In 2010 Tj became half of “Devious Minds” a cabaret magic show which is still touring today.

We took the show up to Edinburgh and played a lovely room just off Princess Street. The run was for a couple of weeks and got some very good reviews. We then did a short tour in the south of England, playing as small theatres and Universities.

This lead to a series of bookings on the “rural tours”. These are shows that tour to venues in more isolated areas. We’ve been as far down south as Devon and Cornwall and as far nothing as Lancashire.

We had great fun and learned a lot at the same time.

It was around the same time that Tj started performing cabaret for the Magic Circle corporate events. At the same time he appeared at Conjuring at the Court in West London, Madam Jo Jo’s in Soho and Half Moon Magic.

Mirth Control, a major agent on the comedy circuit asked Tj to compare comedy nights. So, for a few years he travelled up and down the country. Eventually the pressure of travel combined with the birth of his twins meant he had to stop.

Tj has won a number of awards for his comedy magic. He performed at the International Brotherhood Of Magicians Stage Competition and was awarded first prize for Originality. He was also a runner up in The Magic Circle Stage Competition.

TTo make an enquiry about cabaret or to discuss an event please go to our booking page. 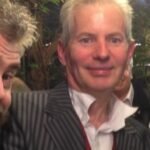 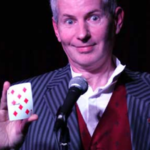 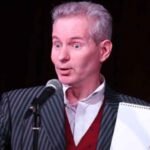